Today I want to talk to you about those who experience the temptation of discouragement and disappointment, and under My guidance, they turn it into hope; and about those who waver and, finding this path too difficult, go astray.

When I call someone to take part in my Divine Plan, the field in which they are to work is no longer the world but is My Vineyard. Everyone senses that this is the truth and they feel frightened, even if mysteriously united to a great trust.

My first Apostles, simple people, mostly unlearned and sinners, went to the point of betraying me and yet I transformed them into faithful collaborators, into heralds of My Gospel even to the point of martyrdom.

The new Apostles as well, along with My call, already possess the seed of the ideal reality they must work to achieve.

At first, they begin the new life with much enthusiasm, supported by the extraordinary nature of what has happened to them and by the new experiences around and within themselves. They thus discover the evidence of the work of My Spirit in them and in those alongside them, as well as My almost tangible presence.  Full of amazement, they experience the joyfulwonder of easily flowing prayer,  the love for Sacred Scripture, the marvellous bursting forth of singing, the backing of the prophecies.

But after a while, they find themselves in confrontation with daily living, which  brings everything that at first seems extraordinary back down to normal size, or it even goes so far as to destroy it, by reducing enthusiasm, even to  the point of extinguishing their fervour and removing their faithfulness.

Many times they are tempted to say: “We give up,” and thus betray My particular call.

Peter, at the time of his call, had to leave his life as a fisherman, a work he was very good at and that gave him satisfaction and sustenance; he had to leave his family to follow Me, for I never remained in one place; he had to leave all that could have prevented him from following Me completely. He couldn’t add Me to the things he already possessed, and this was painful for Him, but it was easy for him to overcome it through the enthusiasm of the new life I proposed him.

So, everyone, when called, must leave something, some more, some less. If not, they need to  change the quality of their belonging to the Divine Plan.

They must let go of the tranquillity of those who come to this Holy Place only to praise, to be with their brothers, to pray all together, to experience all the gifts of the Spirit, without being vigilant, or noticing all the jarring notes that may stand out and, above all, not having to bear responsibility.

They are to accept that they must  come here no longer only to receive, but also to give and to teach others to give, by their example and behaviour.

This is not always easy, but it can be achieved by our being generous.

Peter  endured  a more painful test. I was not as he had imagined Me or as he wanted Me to be. I was too mild, too inclined to service; I even washed my Apostles’ feet; I welcomed everyone: Samaritans, women, sinners of all kinds. Well, even the brothers who come to honour My Cradle are not always exactly as we expect them to be, but generally, what bothers and annoys one in the behaviour of others, is something that  he  also has insidehimself . It is easier to forgive what one is detached from. If  one does not have a spirit of dominance,  one does not feel bothered by those who try to prevail over others. Likewise, if  someone does not have feelings of jealousy,  he is not affected by the jealousy of others.

Relationships between the brothers of the New Jerusalem must be different from those who live the life of the world: without jealousy, rivalry, or resentment. Otherwise I will be silent, as if I had forgotten the ideal to which I called them.

Peter had the greatest trial, the most unbearable, when I accepted dying without being defended even by my Apostles. It was then that he denied Me more than once.

Well, many live the experience of feeling ignored, misunderstood, unheeded by Me because I am silent. They experience their own powerlessness, their falls, and I seem indifferent: after the many charisms they have received, it seems as though I no longer help them. It is as if I chose to die again.

In all truth, it is they who must accept their own dying to self, and this is the most painful test, the one that could induce them to deny their God. Until they stop measuring things (successes and failures, what is good and what is bad) by the yardstick of the world; until they stop making plans with the things of God, until they stop passing judgments, until they stop claiming to work in My Vineyard without accepting My unfathomable Mystery, they risk betraying My Person.

In my infinite Mercy, I make everything turn to the good of those who love Me. Nothing can separate them from Me, and the trial becomes only a providential passage towards their inner liberation, if they accept it in humility, in forgiveness, in love.

And so, trials are like the narrow door, which they cannot pass through until they  lay down the heavy burdens they still bring along: they are like the dark valley, the night through which they walk, and they are safe because they are supported by Me in the Holy Spirit, which makes the seed that I placed in their call to sprout, to grow and to bear fruit.

To overcome any trial, there are two indispensable means: prayer and fraternal union.

For prayer, the inner life must be nourished continually, maintaining contact with My silent abode that I have placed in every heart.

When one continues to do something for others, dedicating themselves to service, there is the risk of becoming attached to the prestige and privileges that arise , and thus one lives superficially. It is easier then to hear the voice of the world, its adulations, its deceptions, its temptations rather than the voice of the Spirit that guides them towards the depths of themselves.

Therefore, the more one becomes a person of responsibility, the more they are to become persons of contemplation. Only through incessant prayer will they be able to welcome in their everyday life the Divine Mystery that unsettles all thoughts, that burns away all illusions and makes them burn with hope.

Another effective means is union with the brothers and with Mary, My Mother and yours, the key to the Mystery of your life and of the Mystery of My life in you.

Consider the experience of Peter, and compare it with that of Judas. Both had been called by Me and had loved and followed Me, and both of them betrayed Me. But Peter remained with his brothers, praying with them gathered around Mary; he was able to weep over his betrayal, he believed in My love and my forgiveness and was saved.

Judas instead went away. At the moment of trial, he was with people who did not follow Me and could not understand him in his anguish: thus he found himself alone, without the possibility of hope, and was lost. Peter, although he was tested, maintained hope and became the Rock, the foundation of the nascent Church, according to My plans, because I am faithful and I do not withdraw My call, but I help those who hope to come out from the abysses where they fall.

Only in this way can they realize that their brothers need a point of reference, of certainty, of people who confirm, support, encourage, guide and help them to become free, recognizing My own authority in the authority of those who are responsible whose purpose is above all to help them to grow.

To some, this path seems impossible. But if they truly accept the Divine Mystery, the gift of My Spirit in their lives, this will be a continuous source of wonder and the Cross, of joy and praise, of resurrection and hope. What seems impossible simply becomes their path to follow.

They are to be grateful for the responsibility to which I have called them and also are to pray that I help them live this responsibility not as an exhausting possession to defend, not as a worry or as something to live superficially, but as My gift.

And they are not to forget that the divine gifts are not only for themselves but also for others: they are for the edification of My Kingdom. They are then to live this gift in freedom and loyalty, in the certainty that in a way that I alone know, and that often they do not understand, I am working through them, because My Word does not return to Me without bearing its fruits.

I call everyone. I call some to be a lamp of My light, placed on high, fully visible, to illuminate the path. And I call others to grow as leafy plants, in whose shadow the pilgrim may rest.

I call someone else to be like salt, which disappears, which seems to be to no longer be there, but which gives flavor to the  entire mass. And I call others to be like yeast, which dissolves and alsoo disappears, but makes the mass ferment and grow.

In whichever case they find themselves, they are to remain humble and joyful, praising and giving thanks, because what matters is My call that espouses their Yes and bears real fruit, not merely appearances.

I, Jesus, bless you. 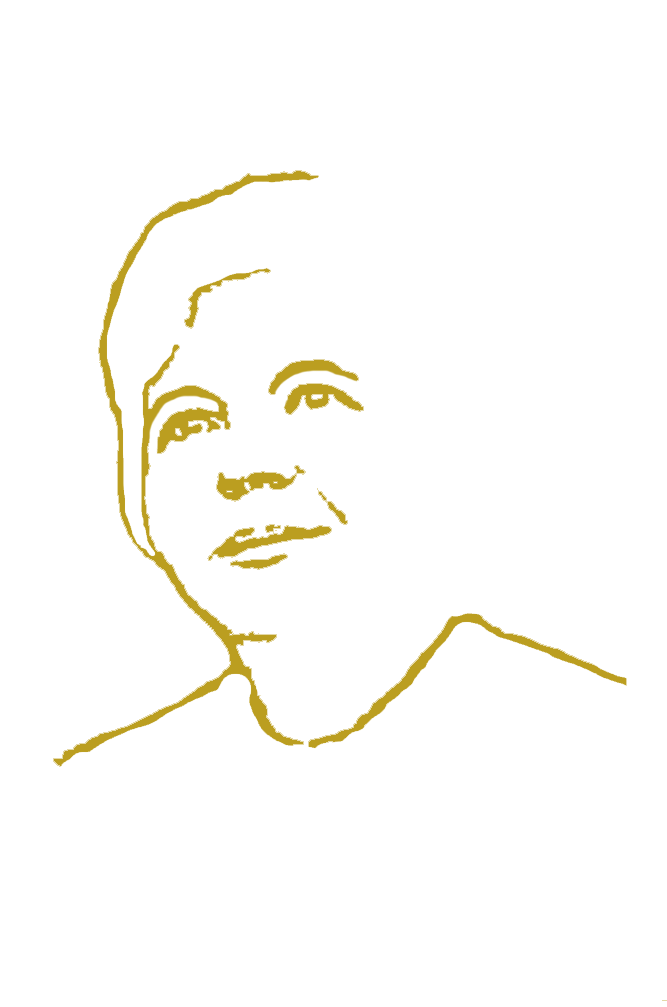